The Birth of the ITO and the Democratization of the Metaverse

The first wave of blockchain fundraising was the ICO. It began in 2017 with the introduction of Ethereum’s ERC-20 token standard, which allowed for the creation of a new class of digital assets: utility tokens.

These tokens gave their holders access to a service or product, and were sold to investors as an investment opportunity. The second wave was IEOs (Initial Exchange Offering). IEOs are similar to ICOs but instead of selling tokens on a startup landing page, they are listed directly on exchanges like Binance or Bitfinex, which immediately provides access to a huge number of investors.

The third wave was STOs (Security Token Offerings), where companies issue their own tokens that are backed by equity, debt, or real assets, rather than providing access to a service or product.

RelatedPosts
Metaverse: Lotte World opens up to the virtual world
Binance moves a staggering $100B in single day trade – CZ
Polkadot announces $770M funding as auctions are about to launch
ProShares debuts trailblazing bitcoin ETF on NYSE
The fourth wave was IDOs (Initial Decentralized Exchange Offering), similar to an IEO, but on a decentralized exchange like UniSwap or PancakeSwap.

The fifth wave is the ITO, or Initial Tile Offering, where a project sells virtual real estate parcels on blockchains such as Ethereum, where NFTs represent ownership rights over these parcels. The ITO has been pioneered by the new major metaverse project, Next Earth.

What Exactly is an Initial Tile Offering?
A brief history lesson of the metaverse: In the early 2000s, a group of computer scientists and entrepreneurs created a virtual world called Second Life. It was an online world where users could buy and sell virtual real estate, create businesses, meet new people, and even fall in love.

The metaverse has come a long way since its inception. Today there are multiple metaverses that allow users to build avatars and interact with each other in 3D environments. Some of these include Sims, Roblox, and Minecraft.

However, from Second Life to the Sims, these traditional metaverses have one problem in common: They’re centralized, which means that a central authority owns all assets, while the users are just there as guests, never experiencing true ownership.

As a result, a user can be banned, kicked from the server, or otherwise lose access to their assets at any time. With a $50 billion in-game skins market alone, this is a serious problem. Billions of dollars of “player assets” are actually owned by centralized firms.

In the world’s first ITO, or Initial Tile Offering, Next Earth made virtual Earth tiles available for sale. ITO participants now own provably scarce, one-of-a-kind virtual real estate on a digital replica of Earth. From now on, anyone can buy these land tiles.

This is a whole new use case for NFTs, which will attract artists and creatives to the metaverse, as a place where they can build and truly own their digital land art for the first time.

ITO As Fuel for the Business Metaverse
This takes us to the next point: Next Earth also aims to be a business metaverse, meaning that the more users there are, the more companies will be interested to enter the platforms, to offer their products and services.

Through the Initial Tile Offering, businesses claimed the first stakes of virtual Commercial Real Estate (vCRE). By allocating a large portion of its tokens to businesses, Next Earth is attracting businesses to the platform and even enabling the creation of new ones.

For non-business-owners, this has the advantage of raising the overall land value, in addition to generating greater passive income through an increased volume of transactions.

All of this serves to contribute to Next Earth’s main mission as well: To contribute to environmental charity organizations. As a portion of every transaction goes to a charity pool, the successful ITO grew the metaverse, and in turn, grew charitable contributions. As more users acquire and trade virtual real estate post-ITO, this trend will continue.

Crowdfunding for Virtual Real Estate
An ITO is essentially a crowdfunding campaign for virtual real estate. You can think of it as the next evolution of Real Estate Investment Trusts (REITs), which are used by institutional investors like pension funds and endowments, who want exposure to the real estate asset class without having to take on all the risk themselves.

In essence, an ITO is a way for individuals to invest in the metaverse without having to take on all the infrastructure risk themselves. But unlike REITs, individual investors take part in a given virtual world rather than an underlying physical asset such as rental income from properties in a specific real estate market.

So this gives them upside on ownership of that virtual world and its ecosystem rather than actual ownership in rental income-generating properties or cash flow from those properties (not that there’s anything wrong with that!).

Instead, with virtual real estate and ITOs, the land tiles you acquire are NFTs. NFTs are valuable because they are scarce, and the scarcity is proven by the blockchain. The democratization of virtual real estate ownership is here and it’s just getting started.

The Metaverse: Old vs. New
The metaverse has been around for a while now, but it’s only more recently that people have started to take notice of it. In July of this year, Facebook announced that they would be transitioning to a “metaverse company.” That said, Facebook is a centralized entity that has proven time and time again that it shouldn’t be trusted with user data.

If Facebook can’t be trusted with basic user data, how can they be entrusted with our entire cyber identities in the metaverse?

Decentralized metaverses have the potential to change all of this. They offer users ownership over their data and can be used to access services that are otherwise unavailable on centralized platforms like Facebook.

The Next Earth virtual world has its own currency, decentralized governance, economies of scarce assets, and social structures. These elements combine to create an immersive experience where users can trade and truly own unique digital assets on a virtual replica of Earth.

One of the most exciting aspects of the Next Earth metaverse is its ability to create entirely new economies, which could help usher in a new era of financial freedom for users around the world.

The initial offering for our virtual real estate, Initial Tile Offering (ITO), focused on enabling people to own a piece of these virtual worlds, democratizing access to the metaverse, and enabling anyone to truly own a piece of it.

Why the Democratization of the Metaverse Matters
One thing is certain: virtual worlds will continue to grow in popularity as more people realize their potential. And once they become mainstream, there’s no telling how much wealth they could generate for those who invest early on — whether it be through Initial Tile Offering or some other opportunities down the road.

With the creation of a larger metaverse, democratization becomes even more important. Decentralized virtual worlds have the potential to give users control over their data, which could lead to a number of positive outcomes.

For one, it would allow people to access services that are otherwise unavailable to them on centralized platforms like Facebook. It also has the potential to help create entirely new economies and financial opportunities for users around the world.

We’ve also seen the importance of democratization in other industries as well. Take Robinhood, an app that allows users to invest in stocks without paying fees or commissions. Robinhood has democratized investing for the masses, and they have been able to reach a user base of millions of investors with their service.

To give another example, look at how Uber democratized the taxi industry. Before Uber, customers had to call a taxi company or manually hail a cab, and explain the destination. With Uber, customers can just open their app and select an address.

The same thing is happening in the world of streaming music. Spotify has democratized the music industry by allowing users to stream songs for free without paying any fees or royalties to artists and record labels. Users can also create playlists based on different genres of music, which makes it easier for them to find songs they like.

Why A Personal Seat Licenses?

NFL teams are building the most expensive stadiums in history—a $1.6 billion palace in New York, a $1.2 billion home in Dallas, and a $1.2

Athletes Can create their own Fortnite Skin

Every Stadium will have Auto Tracking cameras built into the stadium

Wear. Track. Capture. The 360 Sports Auto tracker will automatically track the athletes wearing the tag, It keeps them in frame and captures the action

Together with our customers, suppliers and partners, we lead the development towards a better and more sustainable future. We act forcefully in the transition to 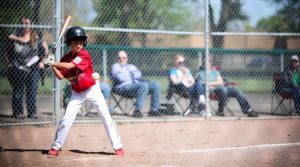 Our sports focused daycare allows kids to learn and practice multiple sports as they develop.

The Metaverse Sports League Membership License (MSL) is a license that must be purchased for some of the best seating areas at any one of our 200 locations throughout the United States, in order to become a seat license holder for concerts, sporting events and other entertainment events.